Situated between Condobolin and Forbes in Central West NSW, on the Lachlan Valley Way, is the Moonbi Recreation Reserve Hall. The hall is nestled on the banks of Island Creek, an anabranch of the Lachlan River, on Crown land.

Situated between Condobolin and Forbes in Central West NSW, on the Lachlan Valley Way, is the Moonbi Recreation Reserve Hall. The hall is nestled on the banks of Island Creek, and a branch of the Lachlan River, on Crown land. The closest landmark is the Fairholme Telephone Exchange about 6km away.

Gazetted as Crown land in 1925, the reserve has been home to a racecourse, and one year a wheat crop was grown on it. The original hall is a disused Army Barracks from Parkes, which was transported to the site by local farmers in 1948, after the war.

Chairperson of the Reserve Hall, Chris Simmonds, said the original building has seen many changes with a new kitchen fitted, solar panels added, concreting under the awning at the back of the hall, a new second-hand ladies toilet block fitted and turf laid.

Another CLM board member is Maureen Jackson, who has lived in the area for 40 years. She said the hall is the only meeting place for the 15-20 farming people in the area, and is popular for birthday parties and other events because of its location near the river.

The Rural Fire Service uses it for meetings and demonstrations, and there is even a cricket pitch which is used occasionally for social days.

Even though it is many kilometres from the nearest village or town, Santa has managed to find it each year for 60 years, when the locals get together for their Christmas party.

“All the children in the area come to see Santa and receive a present, and in return they give him a present so he doesn’t go away empty handed,” Maureen said.

Yasmin Guymer, the Secretary/Treasurer, is an avid photographer snapping photographs of most of the events held at the hall.

Yasmin said, “The Committee has been very creative with their fundraising by hosting footy tipping competitions and family fun days, hiring the hall for birthdays and even a wedding, catering at local clearing sales—and  one year we grew a wheat crop”.

Chris said the solar panels on the roof help pay the electricity bill, “but if something needs to be done, we just get in and do it.”.

Maureen sums up the sentiment of the committee and the community. “It’s the centre of our little community and we don’t want to lose it,” she said. 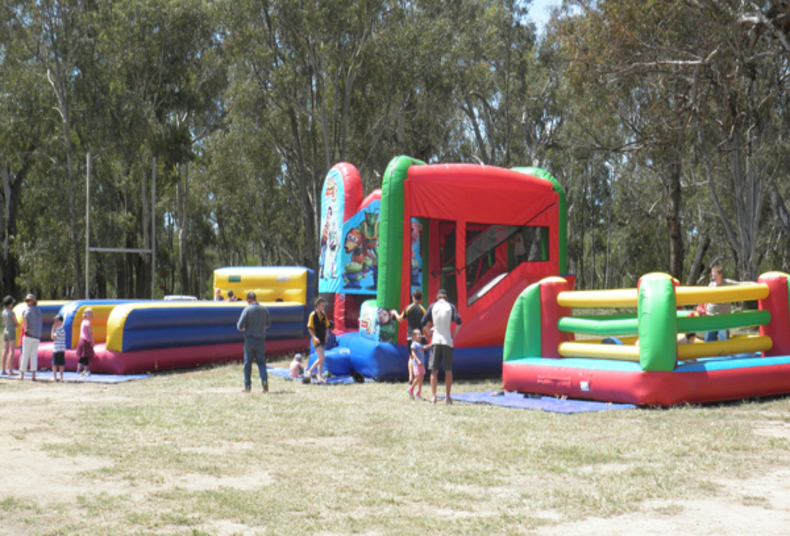 This Crown land manager web resource was printed on 7 Oct 2022. The information contained in this web resource is based on knowledge and understanding at the time of writing Oct 2022. However, because of advances in knowledge, users are reminded of the need to ensure that the information upon which they rely is up to date and to check the currency of the information by referring to the website (www.reservemanager.nsw.gov.au).