The Rick Farley Soil Conservation Reserve was established near Pooncarie in 2007 by the Crown Lands Division, Far West Area, to honour the late Rick Farley, a tireless advocate for farmers, soil conservation, environmental management and reconciliation.

The Rick Farley Soil Conservation Reserve was established near Pooncarie in 2007 by the Crown Lands Division, Far West Area, to honour the late Rick Farley, a tireless advocate for farmers, soil conservation, environmental management and reconciliation.

Since 2010, the reserve has been managed under licence by the Mothers Ancestral Guardians Indigenous Corporation (MAGIC) so it could be run in accordance with Aboriginal land management practices and used to conduct cultural activities and teaching programs.

The MAGIC group comprises men and women who manage the land according to traditional Aboriginal practices and philosophies. Mick Kelly, the secretary of MAGIC, spoke to us about the reserve and some of the programs run there.

“In 2011 we had a wildfire that came through from the neighbouring national park, and it took out half the property”, said Mick. “We’re trying to get cultural burning practices back to head that sort of thing off”.

‘Cultural burning’ is a term used to describe burning practices developed by Aboriginal people to enhance the health of the land and its people.

It includes patch burning to create fire breaks, fuel and hazard reduction and clearing important pathways, as well as cultural heritage aspects such as smoking ceremonies, or even just sitting around a campfire.

“We’ve been trying to get Aboriginal people to reconnect with nature through conservation, and utilised Malleefowl – an iconic threatened species – as a hook.”

Malleefowl build enormous egg-incubating mounds using their large and powerful feet, and the number and state of mounds are an important indicator of how the population is going. MAGIC conducts Malleefowl monitoring, in conjunction with the National Malleefowl Recovery Team, where people go and visit the mounds, including ground-truthing mounds detected through LiDAR, and check for recent activity.

Another way of engaging people in conservation is through an app, designed and developed by the group, which records plants and animals on country.

“We get kids to do it, walking around with tablets recording what they find, observing the biodiversity. We’ve collected over 1000 records in BioNet in just over 12 months. To compare, in 50 years in surrounding areas they have collected 300 records. We’re now rolling it out for other reserves.”

The group also designed and developed a camera trap system for 24-hour monitoring of reptiles and mammals. They’ve discovered a few species not previously known to be there, including the bardick snake and jewelled geckos, both of which are threatened species.

Along with managing the health of the landscape, the group is also focused on creating opportunities for Aboriginal people to reconnect with their culture, country and spirituality through continuing traditional practices.

“We run a 'getting on country' program with local schools in Mildura–Sunraysia area", says Mick. "The kids get involved in landscape management and learn conservation and cultural values. This is the fifth year of the program – we have kids that have come from primary school, then come back again in high school”.

They have also conducted cultural camps for men and women, with activities such as tool making, wood-working, weaving and teaching of cultural protocols while on country.

“Our role is about creating opportunity for people to get out on country, managing land sustainably, getting people to learn about country and learning about the reserve. We’re living Rick Farley’s vision of getting out and connected in country.”

The land management and Aboriginal cultural programs undertaken so far on the Rick Farley Soil Conservation Reserve by the MAGIC been very successful. The Crown land manager regards this as the best positive tribute to the work undertaken by Rick Farley and the reason why the reserve was established in Rick’s honour. 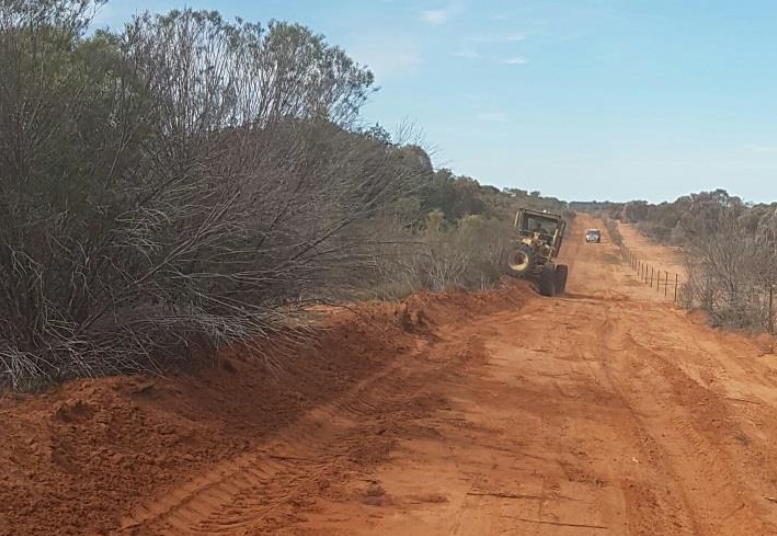 This Crown land manager web resource was printed on 25 Sep 2021. The information contained in this web resource is based on knowledge and understanding at the time of writing Sep 2021. However, because of advances in knowledge, users are reminded of the need to ensure that the information upon which they rely is up to date and to check the currency of the information by referring to the website (www.reservemanager.nsw.gov.au).